It’s World Heritage Day! Now Might Be a Good Time To See ‘The London 4’

Every year on April 18th, World Heritage Day-also known as the International Day for Monuments and Sites-is observed. The theme for 2022 is “Heritage and Climate.”

(UNESCO defines World Heritage sites based on their historical, cultural, scientific, and other values to humanity from various parts of the world).

According to UNESCO, a world heritage site must be unique geographically, physically, and culturally. It could represent a remarkable achievement by a person, a place of outstanding beauty, and so on.

This in essence means World Heritage sites may include mountains, monuments, islands, historical structures or buildings, and more. Not only that, they must be of immense value to humanity as well. The United Kingdom has around thirty-three (33) UNESCO World Heritage Sites, four of which are in London.

If you want to explore these four places if you’re in London, get started first by getting to know these places we have since tagged the “London 4”:

The Palace of Westminster, Westminster Abbey, and St. Margaret’s Church

The Palace of Westminster, Westminster Abbey, and St Margaret’s Church all bear witness to the history of one of the world’s oldest parliamentary monarchies, as well as the evolution of parliamentary and constitutional institutions.

Significant historical events have occurred in Westminster. Originally, the royal palace was housed in the Palace of Westminster. From the 11th century until 1512, when a fire destroyed most of the complex, it served as the official residence of the English monarchs.

The House of Commons and the Speaker have worshipped at St Margaret’s Church since 1614. It serves as the Palace of Westminster’s parish church.

These historic structures collectively represent the evolution of the English monarchy and have been the sites of numerous events that shaped the British nation.

IIf you want to go on a tour, you should check out professionally managed serviced apartments here to make your stay enjoyable.

The Tower of London

The Tower of London, designated by UNESCO as Europe’s best-preserved palace, stands on the bank of the River Thames.

It’s linked to some significant historical events in British history. It served as a palace as well as a prison for royalty and aristocrats.

Among the many prison stories of this place were those of Edward V and his brother. They were imprisoned here by their uncle Richard. In another story, four English queens were imprisoned, and three of them were executed on Tower Green. The fourth queen survived, making it historically significant.

Check out professionally managed short let apartments here to make your stay one to remember.

The Millennium Seed Bank has seeds from millions of plant species that have enriched the country over the centuries.

The Royal Botanic Gardens at Kew has been at the forefront of plant collection. The glasshouses provide visitors with a breathtaking view of the garden.

The Temperate House is Kew Garden’s largest structure, and it is home to the world’s tallest indoor plant. You can find miniature trees at The Bonsai House.

Others include The Palm House and Rose Garden, The Princess of Wales Conservatory, The Evolution House, Davies Alpine House and the Garden and The Waterlily House.

This historical site has made significant contributions to plant research. It’s widely regarded as the best in the world.

Stay at some of the top professionally managed holiday lets here if you decide to visit these mind-blowing gardens.

Maritime Greenwich is a fascinating place to visit.

It’s home to the Royal Greenwich Observatory and the National Maritime Museum.

Every day at 1 pm, the ball drops from the top of the Greenwich Observatory, a tradition that dates back to 1833.

Popular tourist activity is to stand with one leg on each side of the prime meridian (where the Earth’s line is of 0 degrees longitude) and one foot in both the Eastern and Western hemispheres at the same time.

If you’re looking for a place to stay while you explore all these places, We’ve got you! Get a-booking here.

If you’re looking for a complete list of world heritage sites, see here. What You Should Know About Serviced Apartments in Lagos 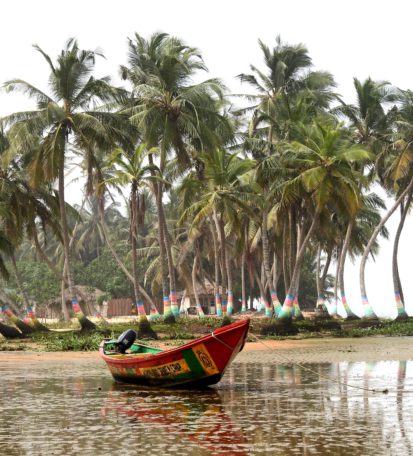 A Beginner’s Guide to Becoming a Digital Nomad