The Cheapest Places to Live in Canada

Looking for the cheapest places to live in Canada in 2022?

Canada currently ranks 18th out of 108 countries in a world data index based on the average cost of living. So let’s just point out that it isn’t exactly the cheapest place to live in the world. However, it’s also not the most expensive.

There are over 1100 cities and towns in Canada’s ten provinces, each with its own set of taxes and costs. If you want to save money, especially if you are looking to move there, one of the best things you can do is spend some time living in a city with a low cost of living and expenses.

Start by learning about the cost of living in each province of Canada. Then consider the cheapest places to live in Canada and weigh all your options if you have the option of moving to anywhere you want.

The cheapest states in Canada are arguably, in no particular order, Newfoundland and Labrador, Quebec State, New Brunswick, Saskatchewan, Yukon, and so on.

These five are on the list of cheapest places to live in Canada considering the standard of living, annual salary, and other factors.

New Brunswick is the 11th most expensive and 8th best place to live in Canada. A beautiful province and an overall great place to live. It has mountains, pine forests, and the Bay of Fundy, where people go whale watching.

The cost of living in New Brunswick is also 1.15 times lower than the national average.

The Conference Board of Canada recently ranked New Brunswick first on their Society Report Card, making the province the best place to live in the world! In New Brunswick, the average after-tax salary is $3,800, which is enough to cover living expenses for over two months.

New Brunswick is an ideal place for families to settle down, especially those looking to buy their own homes.

A single person’s monthly expenses in New Brunswick can be around $612.

Rouyn-Noranda, Québec, is home to slightly more than 43,000 Canadians. It is best known for its mining and refining operations. Where copper and gold are the city’s top exports.

It also boasts a lot of farmland and dairy farms. If you desire to live in a bustling city, Rouyn-Noranda is probably not the place for you. However, if you like it small and quiet, this could be the place for you.

The city centre hosts a few local events and attractions, but it is ultimately small and quiet here.

Check out a detailed breakdown via ‘Living Cost’!

Sherbrooke is one of the cheapest places to live in Canada. It is called the educational powerhouse in this region because of the University of Sherbrooke, which is interestingly, the largest employer in the city.

The city is connected by major highways and railways and has a population of over 160,000 people!

A single person’s monthly expenses is estimated to be around $1113.

Also called the “Limestone” city. Kingston, Ontario has a strong military history. It has a population of over 120,000 people and was briefly one of United Canada’s capitals.

The city’s largest employers are the government, healthcare, tourism, and public sector institutions. In comparison to Toronto, the basic standard of living is also very reasonable.

However, utilities, particularly childcare, are said to be unusually expensive.

A single person’s estimated monthly expenses are around $859.

St. John’s and Corner Brook are currently the best cities to live in Newfoundland and Labrador.

The province has been named one of the top ten friendliest cultures in the world! It also has breathtaking beaches and landscapes. Well-known for its high concentration of artists. St. John’s is home to many musicians, actors, and writers.

With impressive public education and healthcare systems. The environment described as inspiring is also touted as a warm and welcoming place to work and raise a family. It’s described as a place to “put down roots and truly call home.”

Newfoundland and Labrador were ranked 10th in terms of quality of life/living and 12th in terms of cost of living in Canada. It is regarded as one of the most affordable provinces to live in and one of the best places to retire in Canada, but not exactly the place to get jobs.

See a summary of the cost of living here.

Other places to consider are Halifax, Nova Scotia, Laval, QC, Montreal, QC and so on.

When looking for the cheapest places to live or retire, remember to consider provincial taxes.

Although all provinces offer excellent job opportunities in a variety of fields, provinces such as Quebec, British Columbia, and Ontario offer more opportunities if you want to work in multinational corporations or live in large cosmopolitan cities.
Start here if you are planning a trip to Canada or need a short-term rental while you decide which province is best for you. 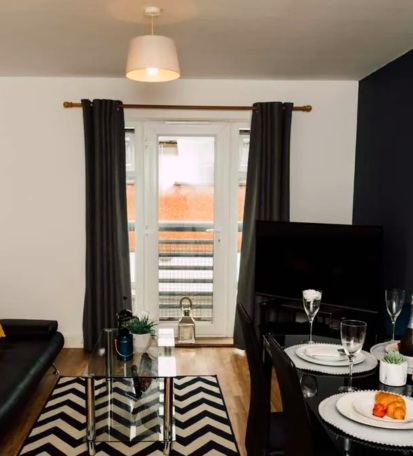 The Advantages of Working From Serviced Apartments